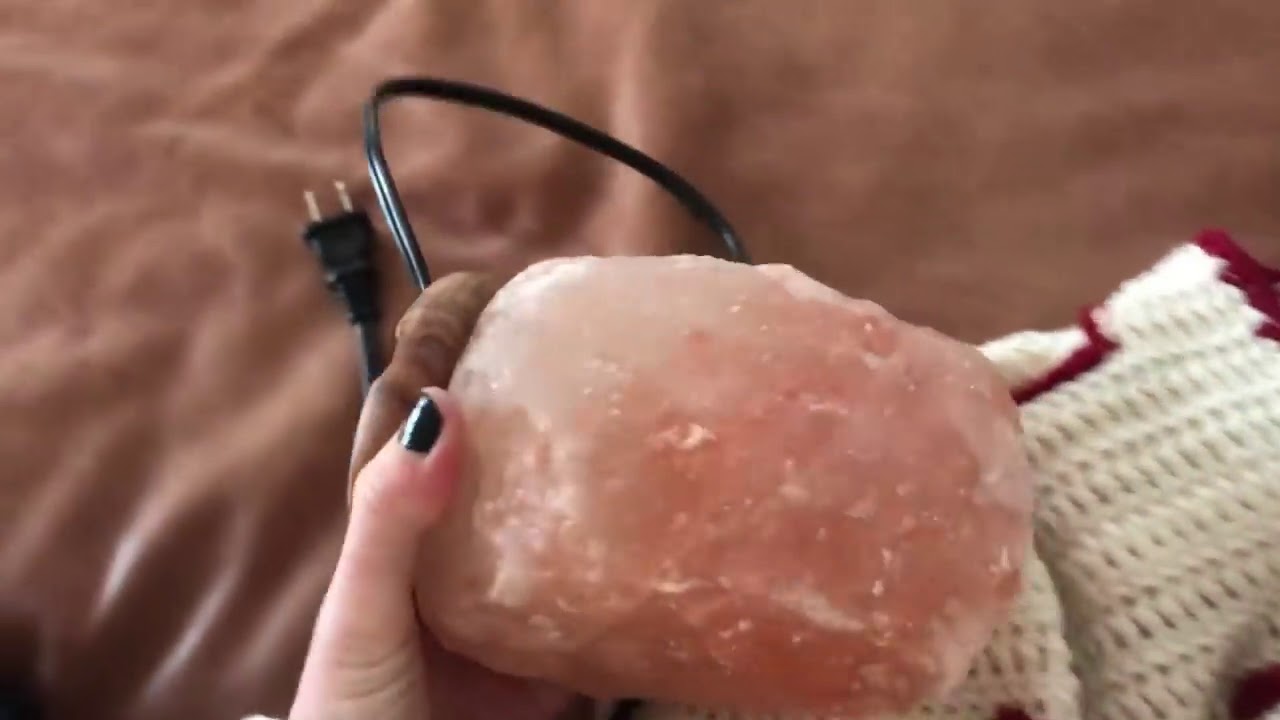 Himalayan Salt Lamps are a recognizable trend at this point, so most likely you’ve seen or heard of one. If by some small chance you haven’t, then you are in for a treat, as I was a few months ago.

I don’t know how I hadn’t noticed these beauties, as I’m a fan of soothing interior décor, but it made for a breathtaking moment when I first plugged in one of Evolution Salt Co.’s salt lamps in my kitchen. My children gathered around immediately, oohing and awing. We left it on during dinner, then I carried it upstairs and placed it on my nightstand while reading before bed.  In the morning, I unplugged it again and brought it to my cozy journaling spot. Basically, I need one of these for every nook and cranny of my home.

Himalayan salt lamps are sourced and made from chunks of salt mined in Khewra, Pakistan. The salt is hollowed out so that a bulb can be placed in the middle. Health benefits come from the lamp when it is plugged in and warm, as the salt uses its hygroscopic properties to absorb moisture from the air, pulling dust, pollen, mold, fungus and odors along with it. Salt lamp manufacturers also claim that their lamps minimize the effects of electromagnetic radiation from our technological devices.

Because they’re so popular, the market is open and ripe for fakes. The only way to benefit from a Himalayan Salt Lamp’s therapeutic and cleansing properties is for it to actually be made from a Himalayan salt crystal, which is the purest form of salt in the world, containing 84 minerals and trace elements. That’s far more than your standard sodium chloride!

So, here’s where your brand choice comes in. I’ve discovered that the company with the most access to Himalayan salt is Evolution Salt Co. They’ve got three factories in Pakistan, and the family owned business is in charge of the entire process: mining, manufacturing, and importation. I also appreciate the company’s fair trade practices and its commitment to global health (for instance, they just donated lamps to the Lyme Cares winter 2017 giveaway contest.)

If you have an Evolution Salt Co. salt lamp, then your purchase came with the salt lamp already outfitted with its bulb and cord. You can also purchase replacement bulbs: 15 watt clear C7.

The aesthetic magic is instant. Imagine the warm glow from a candle, but much larger and safer. You can purchase different sizes, but mine is basically like a candle flame the size of a coconut. But it doesn’t flicker, or burn you. Its yellow orange light will vary with each specimen, as they are handcrafted and each unique. The light won’t be enough to light a room, but the soft glow is stronger than say, a typical night-light.

In order to effectively cleanse the air, you need 1 pound of salt crystal lamp per 16 square feet of floor space.  I have a 6 pound lamp, and I think I need at least one more in my living/dining room space.  It works just fine for my bedroom, though.

Made of real Himalayan Salt

“Worth it. Seriously. These lamps are mesmerizing, cozy, and they can go anywhere: at the office, beside your bed, next to the couch. Bask in the glow!”

When I say “works,” please understand that I haven’t actually witnessed an improvement in respiratory, muscular, bone and vascular health, nor have I noticed a change in my blood pressure or blood sugar levels, all of which are advertised as benefits with Himalayan salt lamps. What I DO experience is a an elevated mood and overall calm, and I’m uncertain if that’s due to the negative ions at work, or the general visual pleasantness of the lamp’s glow.

I haven’t been able to find studies that actually confirm the claims made by Evolution Salt Co. and other Himalayan salt lamp supporters. In all honesty, whether the benefits are proven or not, I love the look of the lamp, and it provides some positive vibes for the whole family. That being said, I think it’s worth it to get a salt lamp made from actual Himalayan salt, just in case there is a transfer of those minerals to the general well-being of my family.

If your lamp “sweats” or “cries,” or just gets wet from time to time, that’s no cause for concern.  Hygroscopic properties literally mean that the lamp will absorb moisture from the air.  I live in a dry climate, and my lamp has never collected moisture on its surface. But if yours does, simply unplug it and wipe it down with a lint free cloth.

Leaving the lamp on 24/7 will help keep it dry, as it will allow the salt lamp to stay warm and the water will evaporate quicker. Don’t get the lamp wet on purpose, or use it outside.

Worth it. Seriously. These lamps are mesmerizing, cozy, and they can go anywhere: at the office, beside your bed, next to the couch. Bask in the glow! 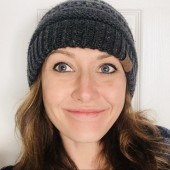 Emily has a crew of three kiddos, one husband, and one rottweiler. She takes them hiking, swimming, paddle boarding, and occasionally out for donuts. She dabbles in community theatre and volunteers at her children’s school.